One of my favorite ways to express myself is through solo improvisation on the clarinet. I love the challenge of spontaneously creating a piece of music that is coherent and engaging, using only a single melodic line, as well as the freedom to respond authentically to my surroundings, and to follow the music wherever it leads. For me, it is both a deep exploration of myself, and a way to more fully inhabit the space I am in. 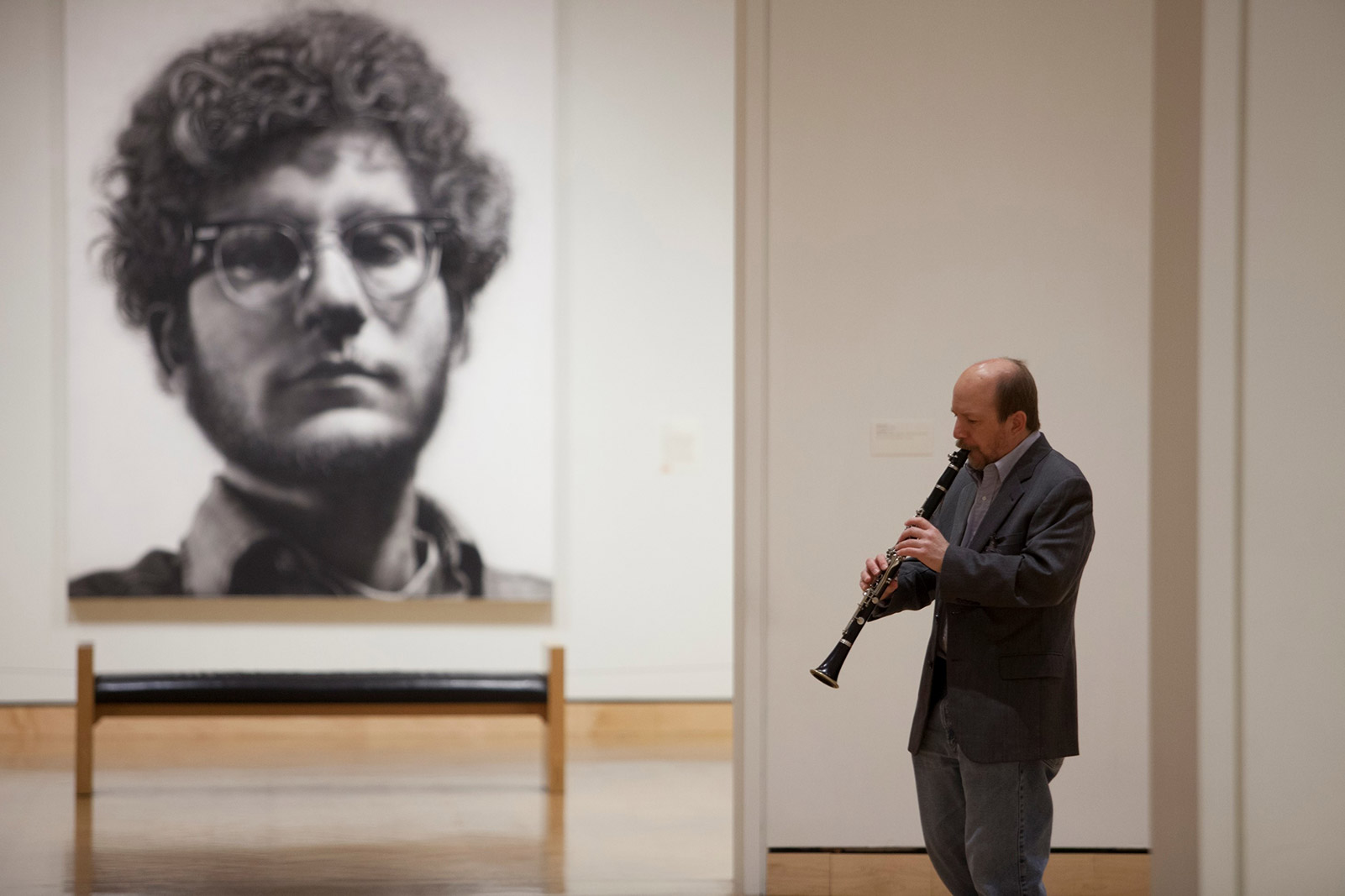 I perform these improvisations in a variety of settings: traditional concert venues, unconventional spaces such as art galleries and public parks, and in collaboration with artists in other disciplines. Among the places I have performed are the Bryant-Lake Bowl, Studio Z, the Como Park Conservatory, the Saint Paul Public Library, the Rural America Contemporary Art Gallery, the Walker Art Center, and the Cowles Center for Dance and the Performing Arts.

Videos from the 2017 Pop-up Series

“In 2013, when I was Head of Interpretation & Participatory Experiences at the Minneapolis Institute of Art, Sean inquired about performing solo clarinet in the museum's galleries. I loved the idea of trying an informal pop-up performance. Sean and I collaborated to select galleries, and he thoughtfully created music for the setting.

Over the next year or so, Sean gave eleven roving pop-up performances in the museum's European and American art galleries. The depth and warmth of his sound floating through the gallery spaces surprised and delighted museum visitors, adding a memorable auditory element to their visual art experience.” -Amanda Thompson Rundahl, Director of Learning & Engagement, St. Louis Art Museum

I especially enjoy performing in unconventional settings. I think of these improvisations in part as a dialog with my environment, and when I am out in the world, I often find myself inspired by a particular spot, thinking “This would be a great place to play!”

I also find it very satisfying to offer live music in unexpected places, as a way of livening up the community. My hope is to pull people out of themselves and get them more in touch with their surroundings, and give them a sense that the world is full of unexpected possibilities.

“In 2009 and 2010, clarinetist Sean Egan appeared with several renowned Minnesota writers at Neighborhood Voices, a program at St. Paul’s Hamline Midway Library that paired literary artists with musicians. His improvised musical interludes set a wonderful tone for the events.

He also accompanied a number of the readings. I was amazed by Sean’s ability to spontaneously improvise music to accompany writers he’d never met until the night he performed with them. He instantly picked up on the tone and themes of their work and complemented their words in beautiful, elegant style.” -Carrie Pomeroy, writer and curator of Neighborhood Voices

at the Weisman Art Museum